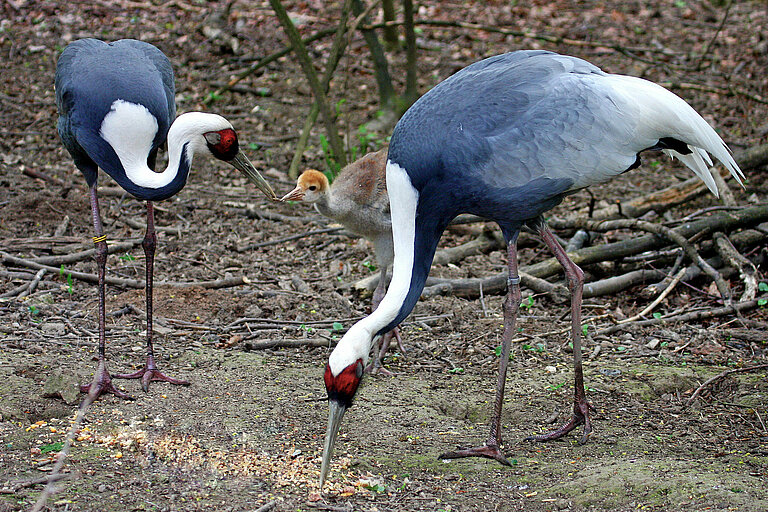 More than half of the world’s 15 crane species are threatened with extinction. The white-naped cranes are among the most endangered. In the wild it is estimated that the total numbers of white-naped cranes have been reduced to about 6,500. As our zoo has been successfully breeding white-naped cranes for years, the management of the European Endangered Species Programme (EEP) for this species was handed over to us in 2008.