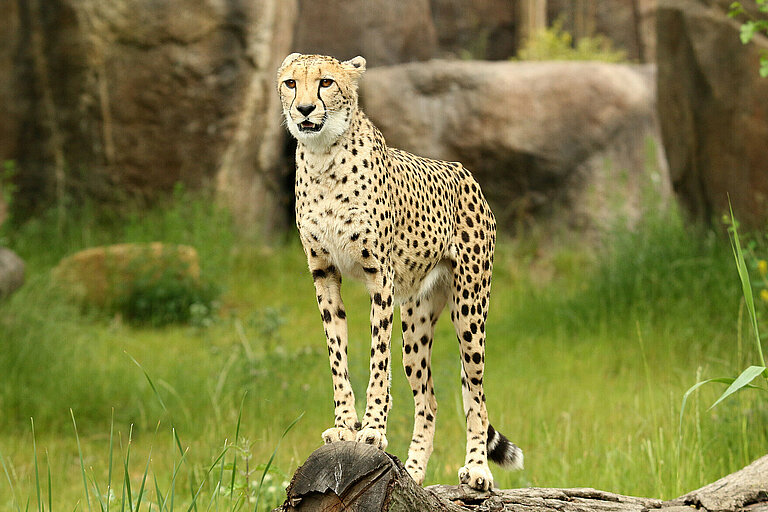 Cheetahs are known to be the fastest mammals on land, reaching speeds of over 100 km/h in short bursts. Compared to other felids, they are relatively social and often seen in trios – although these individuals are usually related. Cheetahs used to be widespread across Africa as far as Central Asia and India. Nowadays however there are at most 100 individuals remaining of this Asian subspecies. 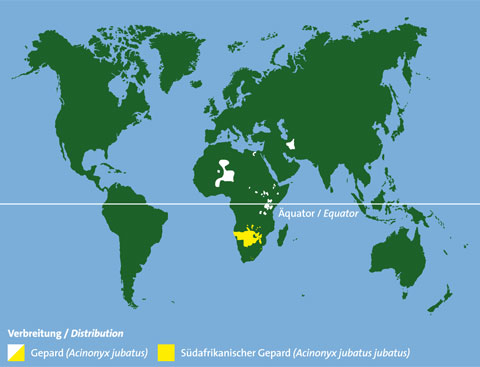