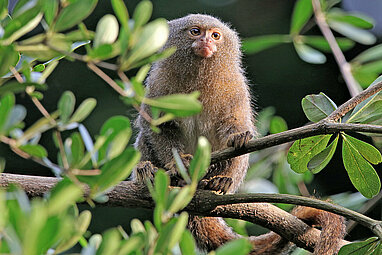 This subspecies rarely found in captivity can be differentiated from the common pygmy marmoset by its white breast and belly hair. Its distribution range in the wild stretches South of the Amazon, which forms the border of this subspecies‘ range. They live in true families where only the highest ranking pair reproduces. All members of the group take turns in carrying the offspring. Status according to Red List: Least Concern (LC) 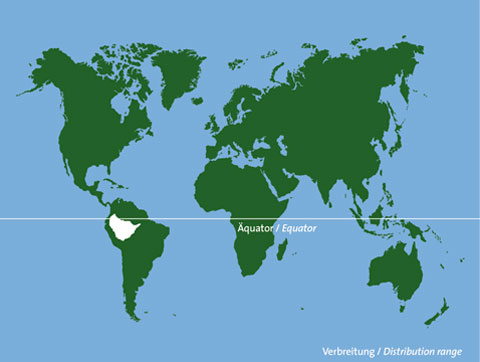