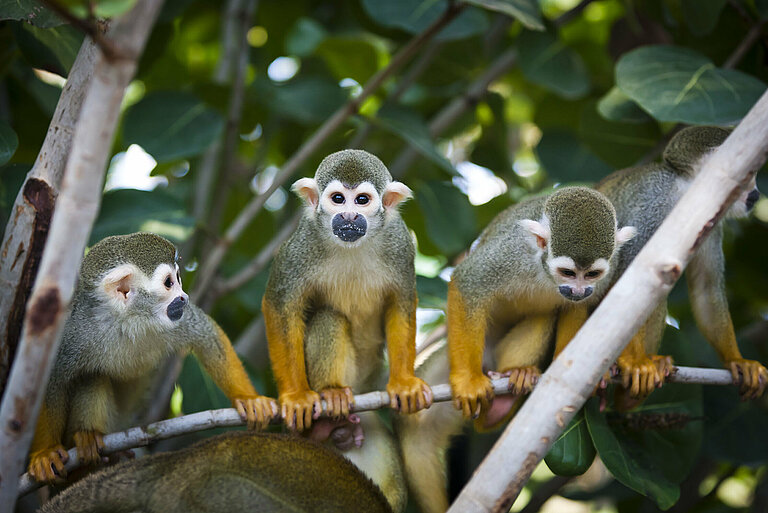 The English name squirrel monkey is based on their very good climbing skills. The squirrel monkeys have become famous when one of them featured in the Pippi Longstocking films. Status according to Red List: least concern 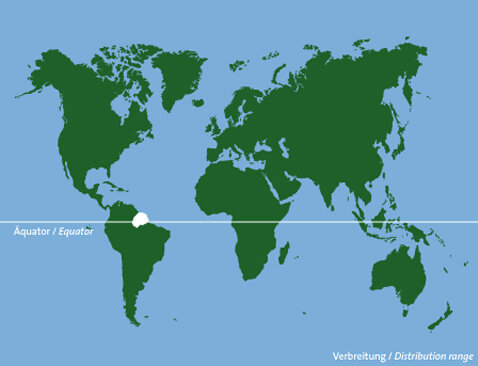