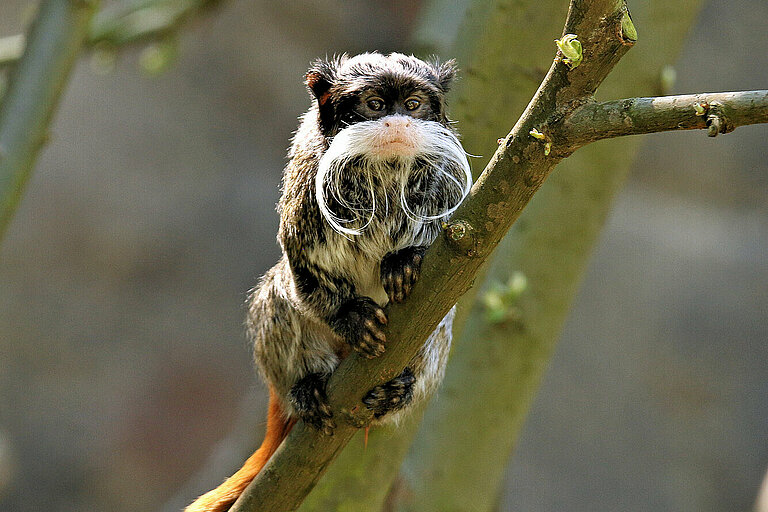 The first individuals to be hunted of this species (discovered in 1907) were prepared by taxidermists
reflecting the fashion of that time with Kaiser moustaches with turned up ends. This gave them an unmistakeable similarity with the German Emperor Wilhelm II – hence their common name. The scientific name Saguinus imperator (imperator – Latin for emperor, ruler) was originally thought of as a joke, but was kept in the end. 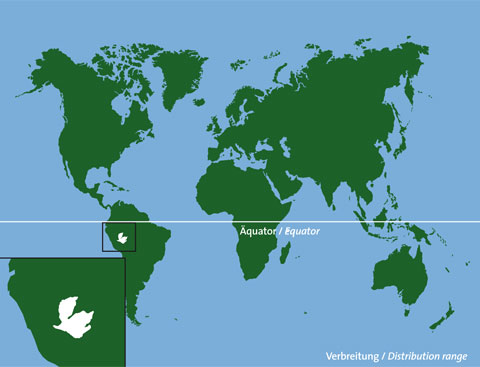