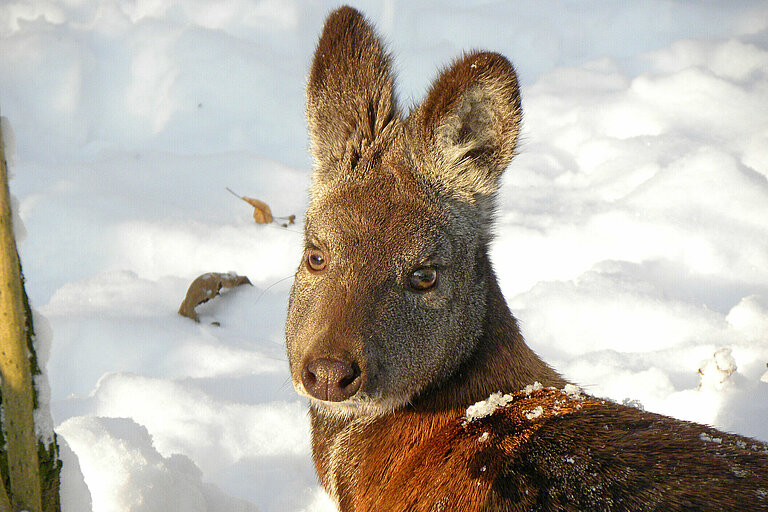 Siberian musk deer are native to the deciduous and coniferous forests of East Asia, where they search for food such as lichens and leaves at elevations of up to 3,000 metres. They usually wander around either solitary or in pairs. With thick hides and hooves that are ideal for deep snow they are well prepared for harsh winters.

Musk is the fluid produced by male musk deer in a special gland in order to attract females during the mating season. This substance is used for perfumes and soaps, among other things and makes the deer a target to hunters for this very reason. In China these deer are kept on farms, where musk is extracted from the males up to three times a year. 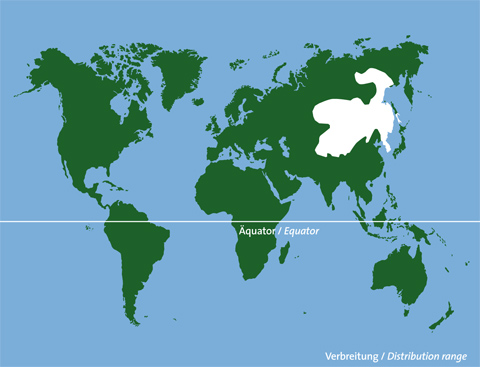