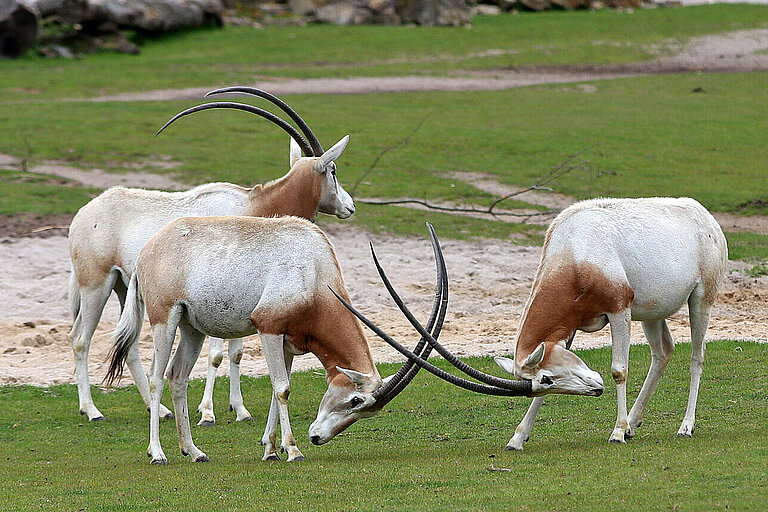 Scimitar-horned oryx are diurnal and active at dusk and dawn. They live socially in groups of 3 to 20 animals. The overhunting of this species led to their extinction in the wild at the end of the 1990’s. Due to a oordinated breeding program with the remaining individuals in captivity, the population of scimitar-horned oryx was able to recover and they were reintroduced into safe refuges in Tunisia, Senegal and Morocco. 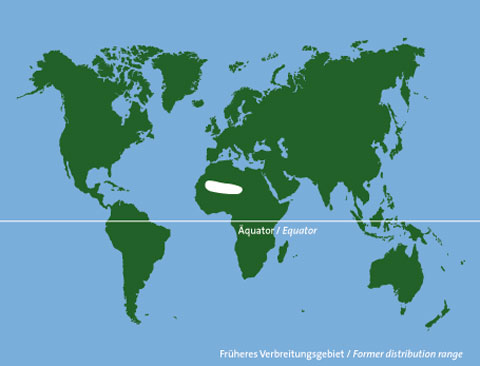