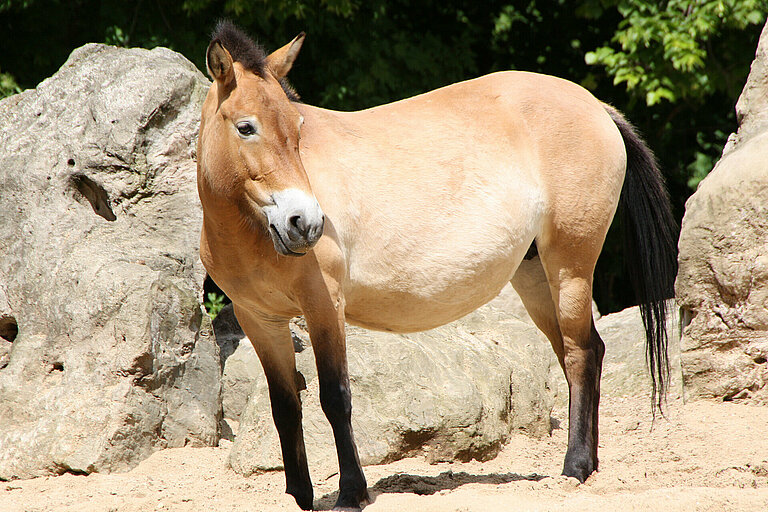 This species also known as “Takhi” was thought to have gone extinct in the wild in 1969. About 50 individuals managed to survive in captivity, from which a new population was able to recover. In the meantime some individuals have been reintroduced in the wild in Mongolia and China, where they are also reproducing. Some of the released Przewalski’s horses were born here in Leipzig. 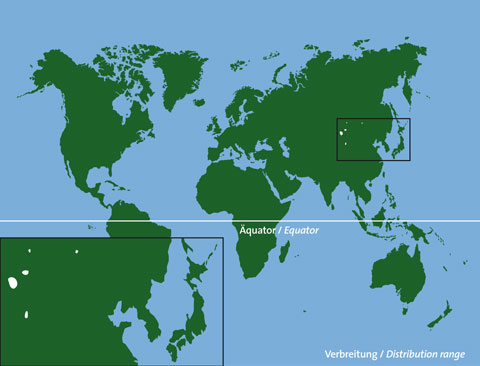