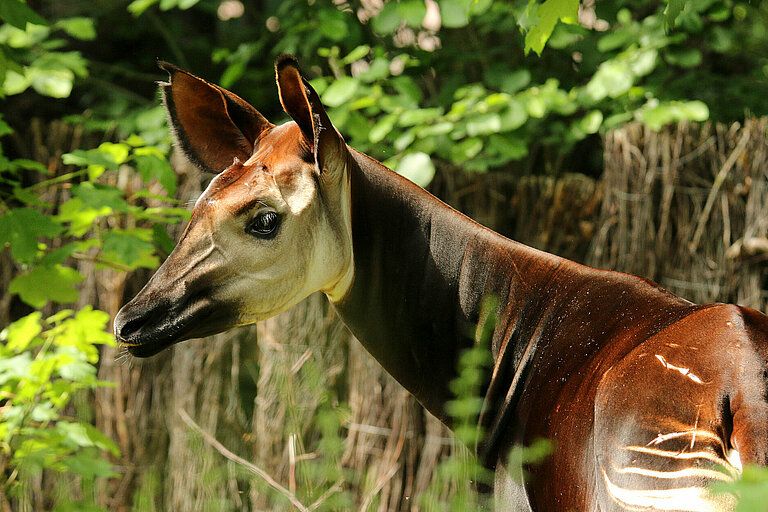 Okapis live as solitary individuals in very inaccessible rainforest. Although this species had been known to the natives of the Congo for a long time, scientists were only able to prove its existence in 1890. At first they were classified as horses and named „Johnston’s horse“ after the explorer who discovered them. In 1901 one
found out that the species was actually a forest giraffe and a new genus was introduced. 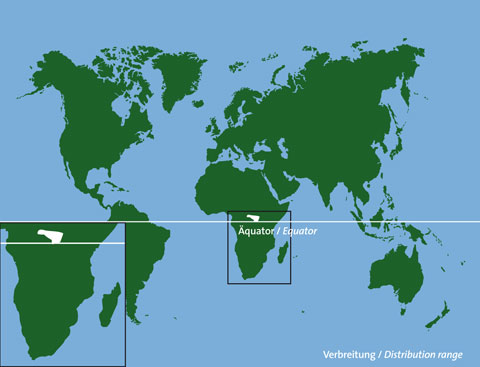