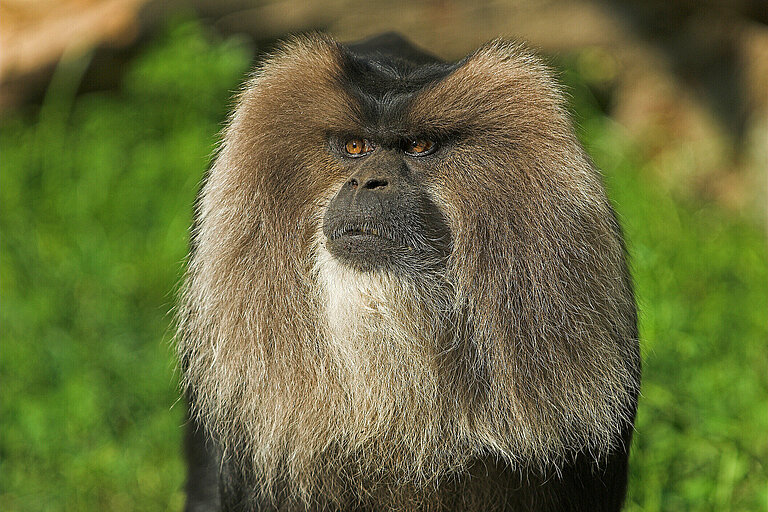 Lion-tailed macaques are native to south-west India, where they live in groups of four to thirty with one or two males. These shy tree dwellers rarely come down to the ground and flee at the first sign of danger. The most striking feature of the lion-tailed macaques is the long, mane-like silver-grey hair surrounding their black faces, which is particularly noticeable in adult males. Females can also be identified by their much smaller size. In the wild, lion-tailed macaques are endangered, which is why a targeted breeding programme has been established in zoos. Zoo Leipzig has kept lion-tailed macaques since 1962 and is involved in the conservation of this species.