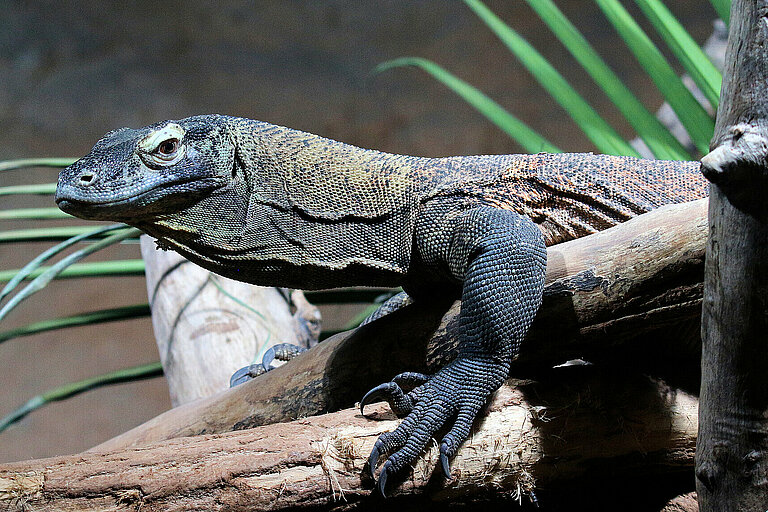 Komodo dragons are the largest living saurians growing up to 3 metres and weighing up to 80 kg. Because they even eat smaller individuals of their own species, the young spend their first years up in the trees feeding on insects. When they have reached a body size between 1–1.5 metres, they increasingly live on the ground as climbing gets more difficult. Status according to Red List: vulnerable 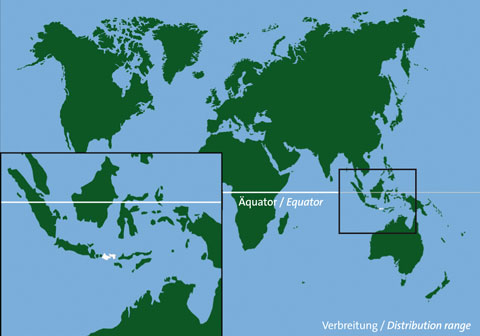