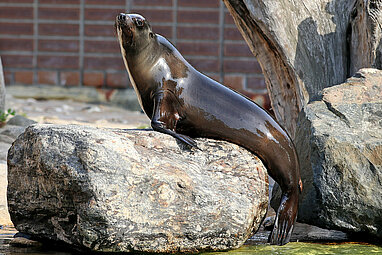 Males can be up to 2.4 m long and weigh as much as 290 kg; females are smaller (up to 1.8 m and 90 kg). In the mating season the males occupy territories along the coastline two weeks before the arrival of the females, whereby there are often rival fights between males. Females within a male’s territory are considered part of his harem, with whom he can mate. 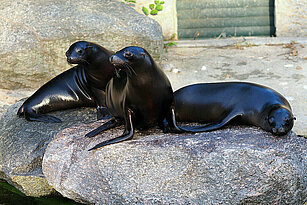 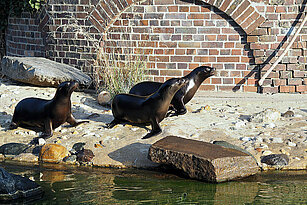 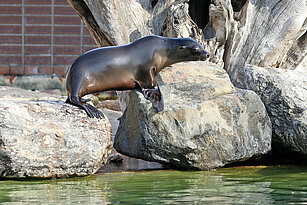 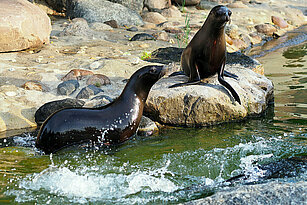