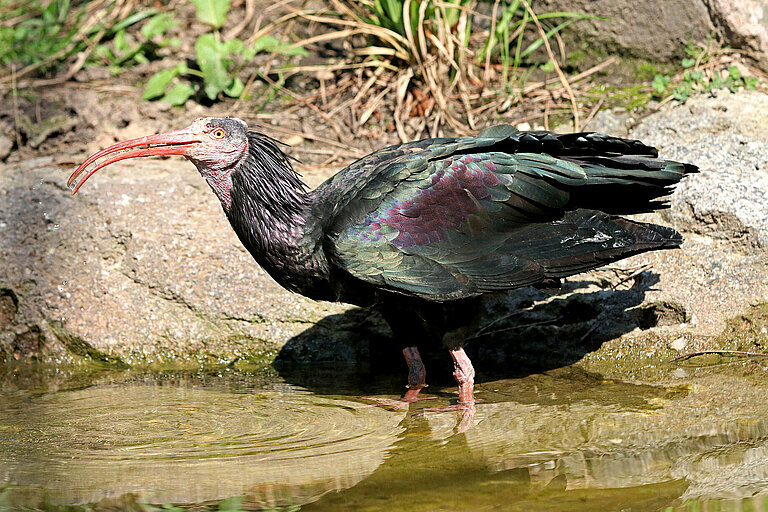 The Northern bald ibis is a migratory bird native to Germany /Austria until the 17th Century. It was almost wiped out due to hunting practices. Only very small colonies remain in the wild today in Morocco and Ethiopia and these are residents that have not shown any migratory behaviour. Scientists have made efforts to reintroduce these birds to Europe, attempting to show them their migration route with microlights. 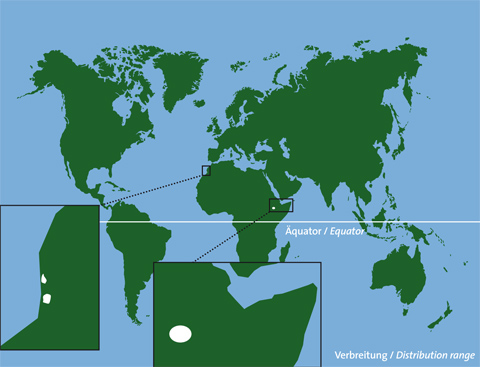