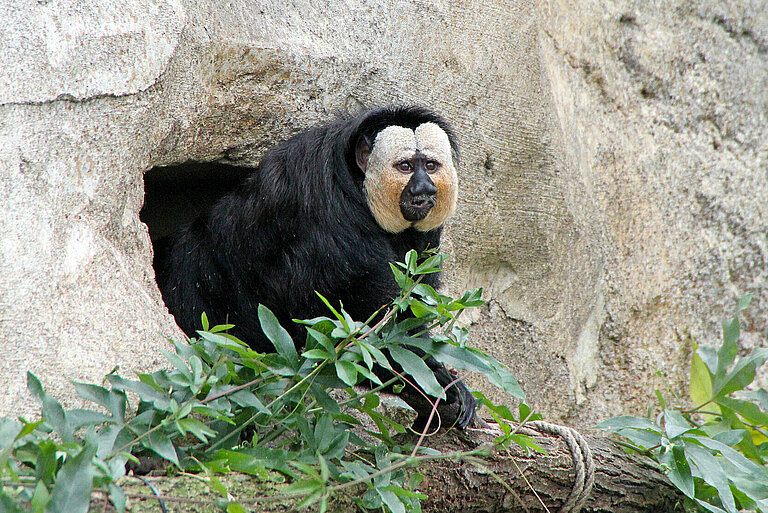 The male white-faced sakis in their black fur and white faces (hence, their name!) differ significantly from the grey-brown females. They live in groups and have a wide communication repertoire. Often, the animals move bouncing on their hind legs. Since they are able to jump more than 10 metres at a time they are also called flying monkeys in their indigenous region. 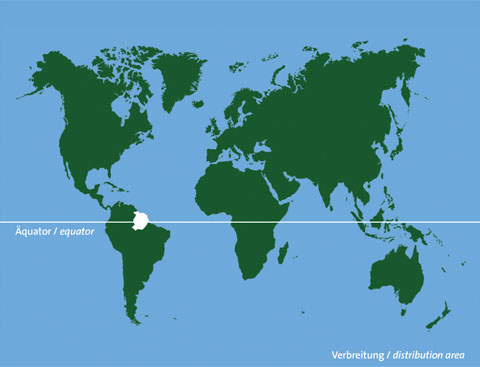