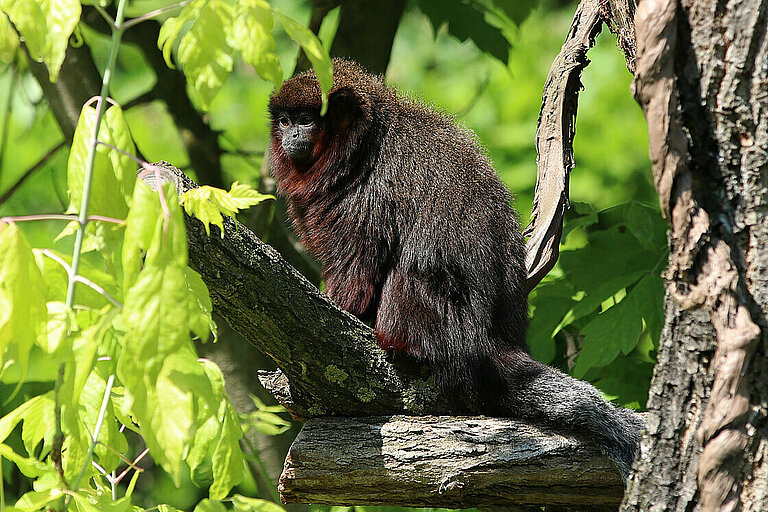 Coppery titi monkeys are extremely sociable and live mostly in family groups. Mating pairs are monogamous. Their young remain for approx. two years with the mother until they become independent. The young are carried solely by the male (apart from when they are still suckling). Status according to red list: Least Concern 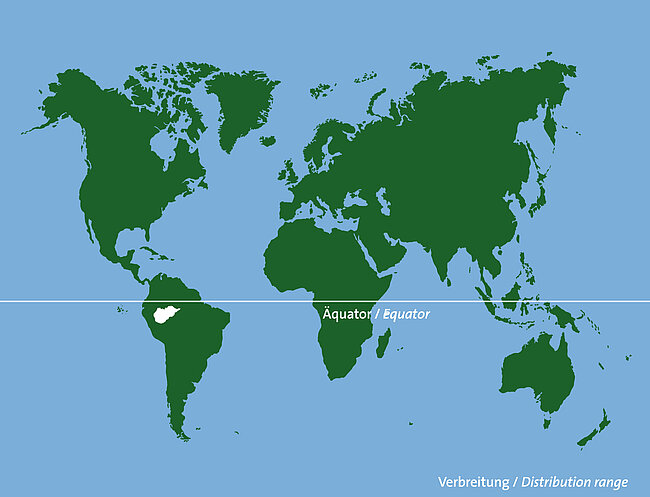