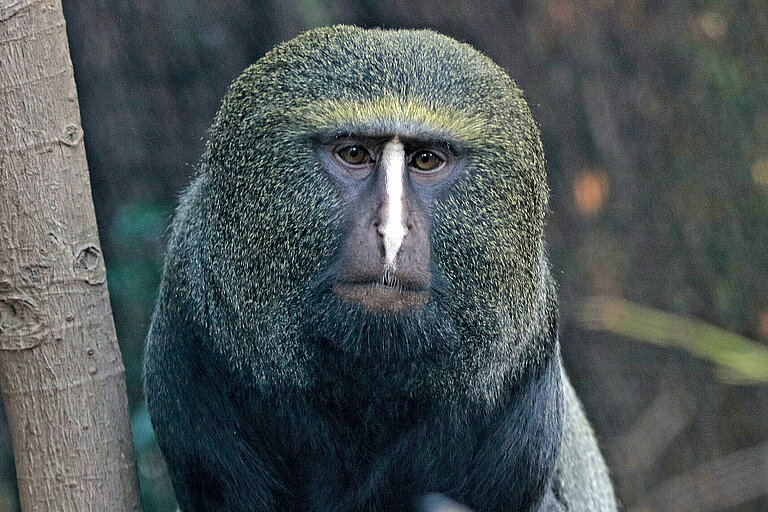 It was thought that the owl-faced monkeys copy large owls like a mimicry. This impression was based on their white, beak-like line on their noses and on their owl-like behaviour of using their heads as pendulums in case of danger. How-ever, this theory was never confirmed. The day-active primates live in small groups and are only rarely kept in zoos. 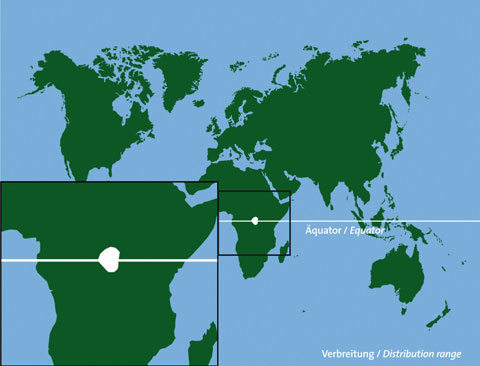