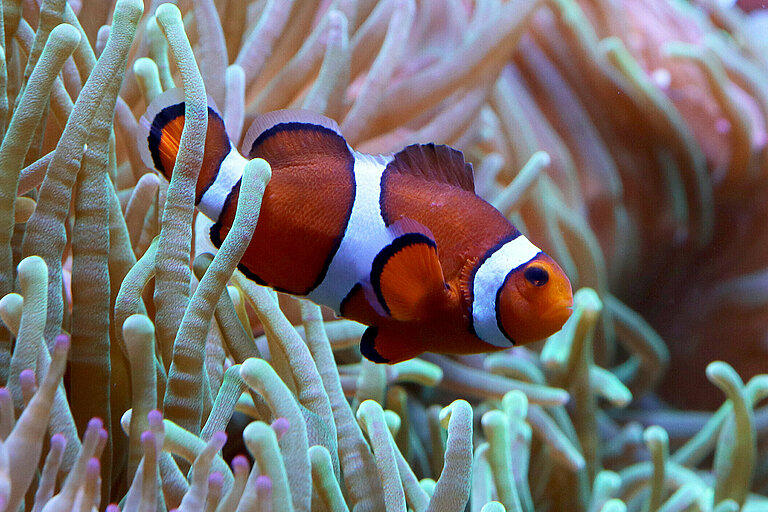 Tropical coral reefs of the Indo-Pacific are home to various species of clownfish who live in close symbiosis with one or several sea anemones. Clownfish find protective cover between the tentacles and defend the anemones against predators. A protective layer of mucus provides them with immunity from the anemone’s toxin. The gender roles seem to be clearly defined among the clownfish. A dominant female lives together with several males. However, if the female dies, something unusual happens: the largest male starts to change its sex immediately afterwards and slowly transforms into a female. It can take more than a year to complete this transformation. This means that young fish start off as males when they reach sexual maturity, but they can turn into females later on.