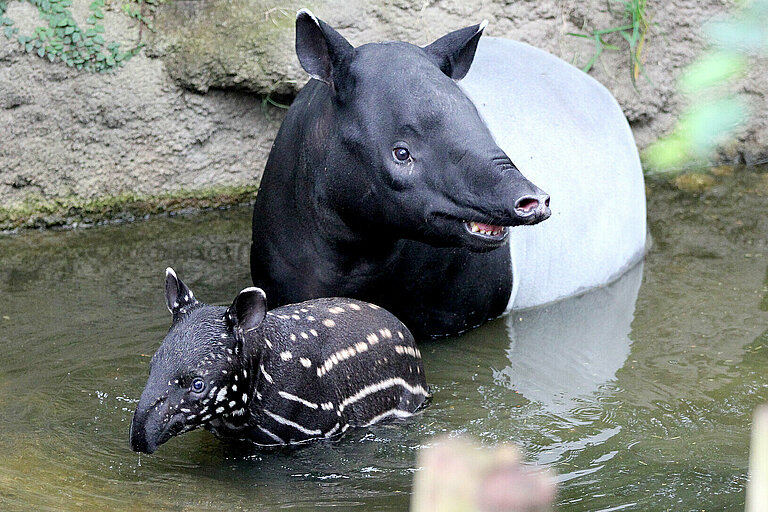 Like all tapirs, their body is rather pointed at the front and round at the back which enables the animal to move quickly through the dense forest. In case of danger they bushwhack blindly. Tapirs are good runners and swimmers despite weighing up to 350 kg. The young have a brown and white fur with stripes for the first half a year. 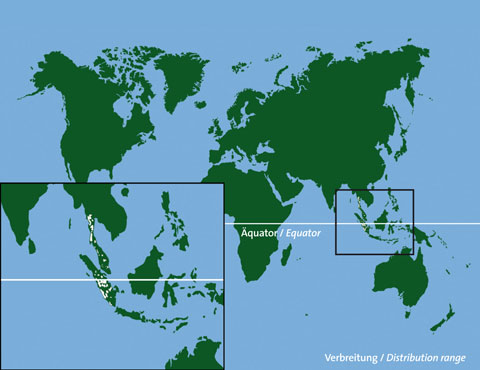