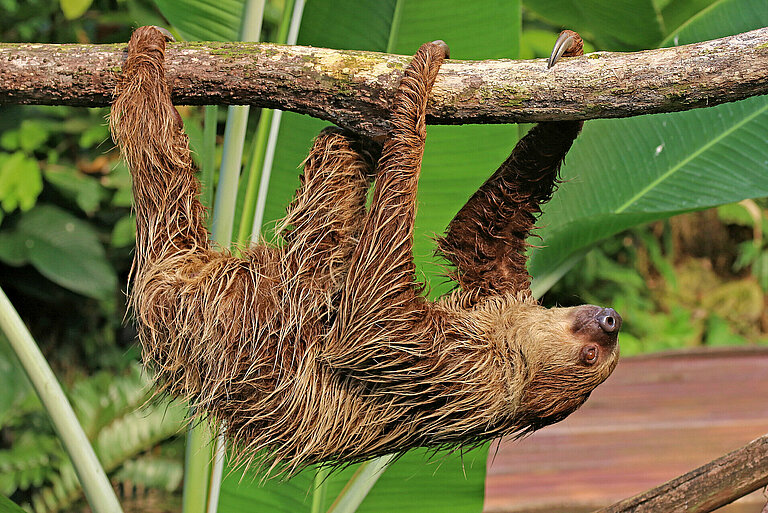 Two-toed sloths mainly live in the treetops, where the camouflage effect of their colour makes them almost invisible. Their grey-brown fur is often covered with greenish-blue algae, which can only be found in the hair of these animals. The two have a symbiotic relationship, so to speak. Sloths only rarely come down to ground level, for example to change trees or to defecate, which they only do once a week.
The typical slow-motion movements of this animal should not be interpreted as slothfulness, but serve on the one hand for camouflage purposes and on the other reflect the sloth’s adaptation to a diet which is low in nutritional value. 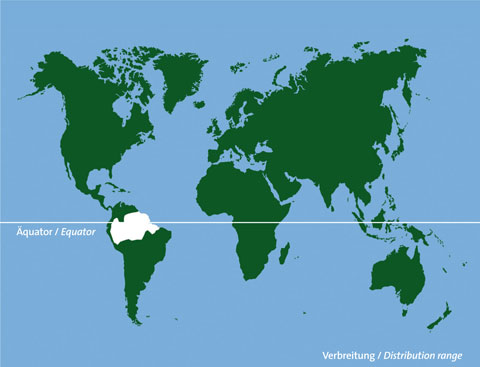