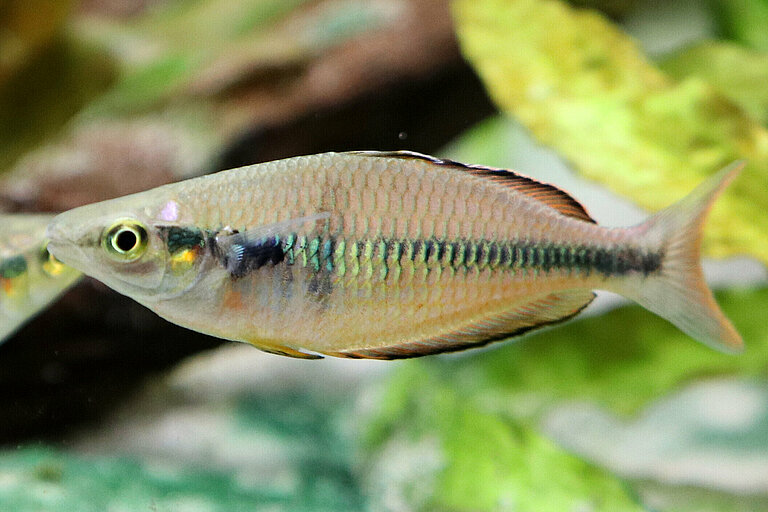 Because of their often very small distribution ranges and their species diversity, some species of rainbowfishes have only been scientifically documented over recent years. In 2015, an expedition team discovered the Klasio rainbowfish on the Bird’s Head Peninsula in the northwest of the island of New Guinea. Its distribution range covers only a few kilometres of the Klasio Creek, which gives it its name. The water became heavily polluted after a concrete plant was built upstream. This is why this fish species is already highly threatened with extinction only a short time after being discovered. In 2020, it was successfully bred for the first time ever in a zoo here at Zoo Leipzig.