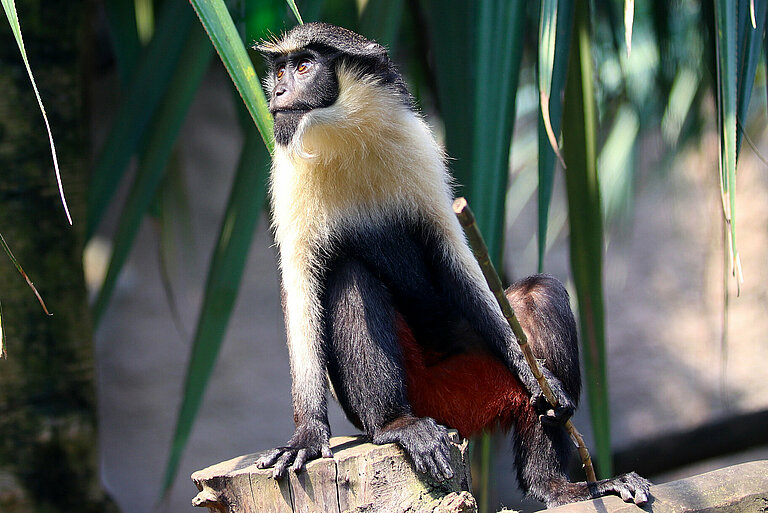 Diana monkeys live in groups of up to 30 individuals, often they are co-habitating with other species. As a kind of identification feature for their conspecifics, Diana monkeys wear species–specific colour patterns in their faces. Besides, they communicate via certain head and body movements. They have developed different warning sounds for different enemies in dangerous situations. Status according to Red List: vulnerable 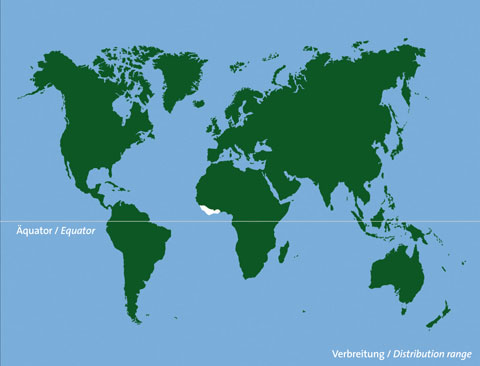