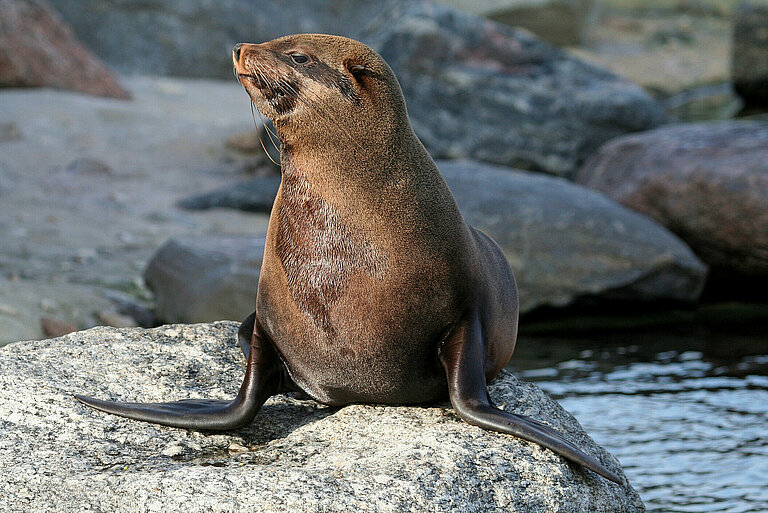 The name ‘South African fur seal’ is a little misleading, because only one of the two sub-species actually lives in South Africa. The other one comes from the southeast of Australia. In October the animals congregate in huge colonies along the coast in order to give birth to their young and to mate again. Males lay their claims to a territory, often by fighting very violent territorial battles to receive the right to mate with all the females on that territory. Because of their obvious size differences it is easy to tell males and females apart.

Whereas males can reach a length of 2.3 metres and a weight of 300 kilos, females are significantly smaller with a length of 1.8 metres and 120 kilos. In the 19th century the species was threatened with extinction as a result of hunting, but today conservation measures have stabilized population numbers. In spite of this, young seals aged between seven and ten months are still hunted for their sought-after fur, even if hunting practices are now in accordance with strict regulations. 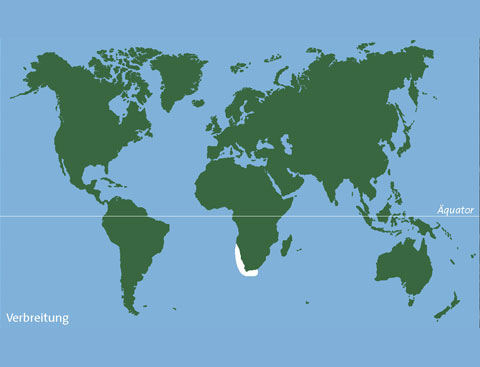