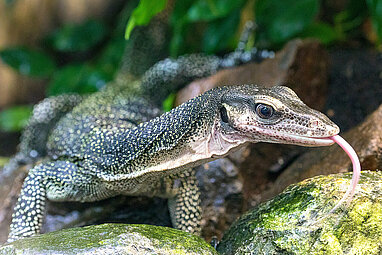 In addition to their real eyes, peach-throated monitors have another so-called third eye (also known as a parietal eye). As with a normal eye, it has a lens and a retina, but no iris. It protrudes through the middle of the skull, mostly hidden underneath a transparent scale. It is assumed that its purpose is to differentiate light from dark and for orientation.