The Fiji banded iguana is one of Polynesia’s three species of banded iguanas. Due to the male’s coloring, it counts as one of the most spectacular lizards. It is rare to find in the wild and listed as endangered as a result of introduced predator species such as domestic cats and deforestation.
Status according to Red List: Endangered 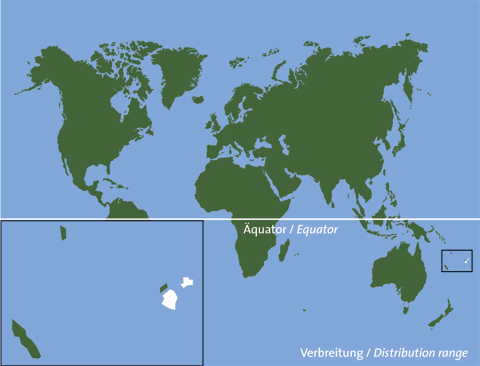